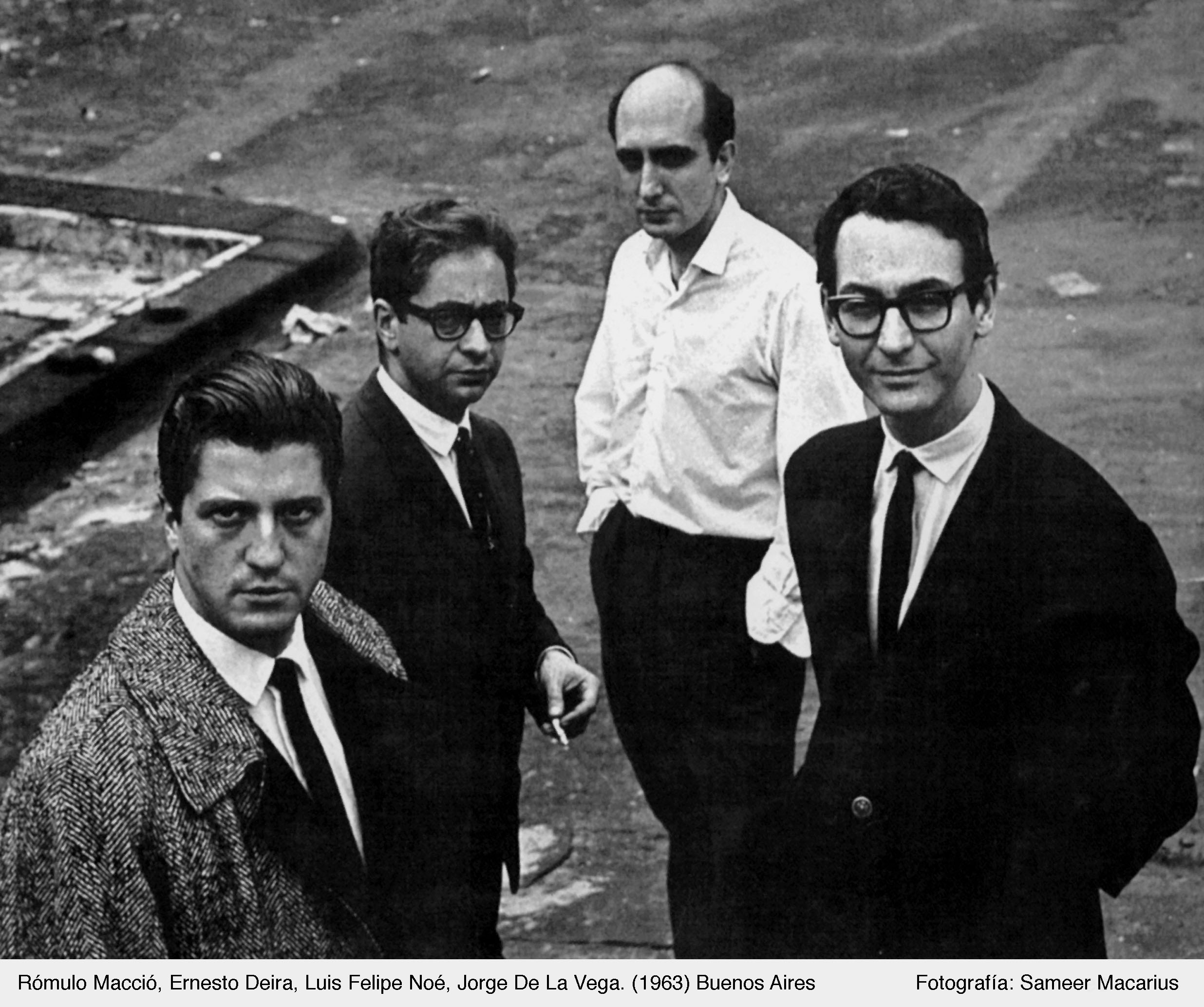 Luis Felipe Noé was part of the Nueva figuración (New Figuration) group from 1961 to 1965, along with artists Ernesto Deira, Jorge de la Vega and Rómulo Macció, all born between 1928 and 1933.

The broad, imprecise denomination divulged by French critic Michel Ragon turned out to be an adequate designation for the tendency, which brought diverse poetic sensibilities together in a shared recuperation of the figure, “not as representation, but as a presence having emerged from picture making” (Marchan Fizz, 1997).

Argentina’s Nueva figuración came into being with the Otra figuración show, held at Galería Peuser in Buenos Aires in 1961. From that moment until the group’s dissolution in 1965, the group shared exhibitions, dialog, reflection and travel, earning greater visibility and prestige in Argentina and abroad.

All four artists articulated an ample and varied visual repertoire in their works: gestural strokes and dripping in painting, drawing, collage with paper and objects, cut-out figures, empty stretcher frames and shaped canvases.

Freedom, vitality, excess, imbalance, loss of control, uncertainty and chaos are all words that bring us closer to their works, which can be read today in the context of an era of paradigm shifts. These neo-figurative artists experienced the end of modernity and the birth of contemporary art.

Noé theorized on his personal lines of investigation as well as the group’s shared poetics in his book Antiestética (Anti-aesthetics), published in 1965.